I'm getting this in early because on the 2nd June I will probably be laid in bed with a wet flannel over my forehead trying to not remember the day!

The day was June the second 1953. Sixty years ago! The Coronation!

The village of New Houghton (pronounced "Noo Uffen") is a coal-mining village in Derbyshire and the local population were hell bent on holding some form of celebration so that the adults could drink huge amounts of Mansfield Bitter. For this to happen, the kids had to be kept amused for the period between the Coronation and when they could be packed off to bed.

The villagers put together a programme of Sports and Events so that the children could look back and remember Coronation Day with fond memories; and amongst these events was a Fancy Dress Competition. As a ten-year old at the time I was eligible.

My Mum (an excellent seamstress and with a City and Guilds Tailoring qualification to boot) asked me what I wanted to go as.

I have to admit that dressing up has never been high on my "things to do" list so I really wasn't interested and responded "Dunno." Mum kept on at me making a variety of suggestions, none of which appealed to me in any way, until finally she said "How about going as Bonnie Prince Charlie?"

WOW! That got my attention.

The number one thing about my Mum was that when she did something she did it well and therefore I knew that going as Bonnie Prince Charlie would be like being one of the Three Musketeers.

WOW! The thought of strutting my stuff around the village with a rapier on one hip and a dagger on the other was too much to resist. I could cope with the comments from my peers with regard to the floppy hat with feather, burned cork moustache and beard, floppy boots and even the pantaloons.

In fact, too much lip off any of them and I would just run them through with my sword.

I relaxed with the knowledge that my Mum would produce the proper uniform on the day. Apart from dropping a few hints like "I will be carrying a sword and dagger!" I didn't let on at school what my Fancy Dress costume would entail. Remember, this was a competition with a money-prize at stake so there was no need to let the opposition in on what was happening back home!

The day arrived, June 2nd 1960. We watched the Coronation on TV (a tiny 9" set in the corner of the living room) and then my Mum produced the outfit for the Fancy Dress Competition.

It was a perfect reproduction of what Bonnie Prince Charlie was wearing when he had his portrait painted aged 10 years of age!

I can't find the picture that my Mum used but I finished up looking something like this!
http://www.historicalportraits.com/Gallery.asp?Page=Item&ItemID=1326&Desc=Prince-Henry-Benedict-Stuart,-Cardinal-York-%7C-Orsola-Urbani

You will notice that there is no sword, no dagger, not even a floppy hat with a feather!

I was dressed (protesting loudly but ineffectually every minute of the process) from the powdered hair and silk scarf to the patent leather shoes and then dragged out of the house and fed to the lions!

Remember, this was a coal-mining village and what the average person knew about Bonnie Prince Charlie when he was ten years of age could be written on the back of a postage stamp with a 6" whitewash brush! I therefore spent the afternoon of the Coronation getting into fights with almost every one of my schoolmates and a few strangers to the village as well.

"What about the Fancy Dress?" you may ask. Well, by the time of the Fancy Dress it looked as if Bonnie Prince Charlie had lost the Battle of Culloden all over again and, as far as I recall, a Chimney Sweep came First, Bo-Peep came Second, a Burglar came Third and

I hope other people who are old enough to remember the day had a better experience than me.

It's like 'A boy named Sue', character forming. Great story.

Don't remember much about the Coronation but then I was only four. Can vaguely remember getting a balloon at the local pub party, and getting another because my big brother burst it. Still have the Coronation mug we all got there as well.

Thee protestoth to much.
Bet you loved it really.

I was to young then a 6 month babe in arms.

Quite thought we were going to see a picture of you Ian dressed in all your splendour. Any chance of that happening?

No chance of an original of Bonnie Prince Charlie but as you can see my Mum was a born optimist!

This was the raw material that she had to work with! 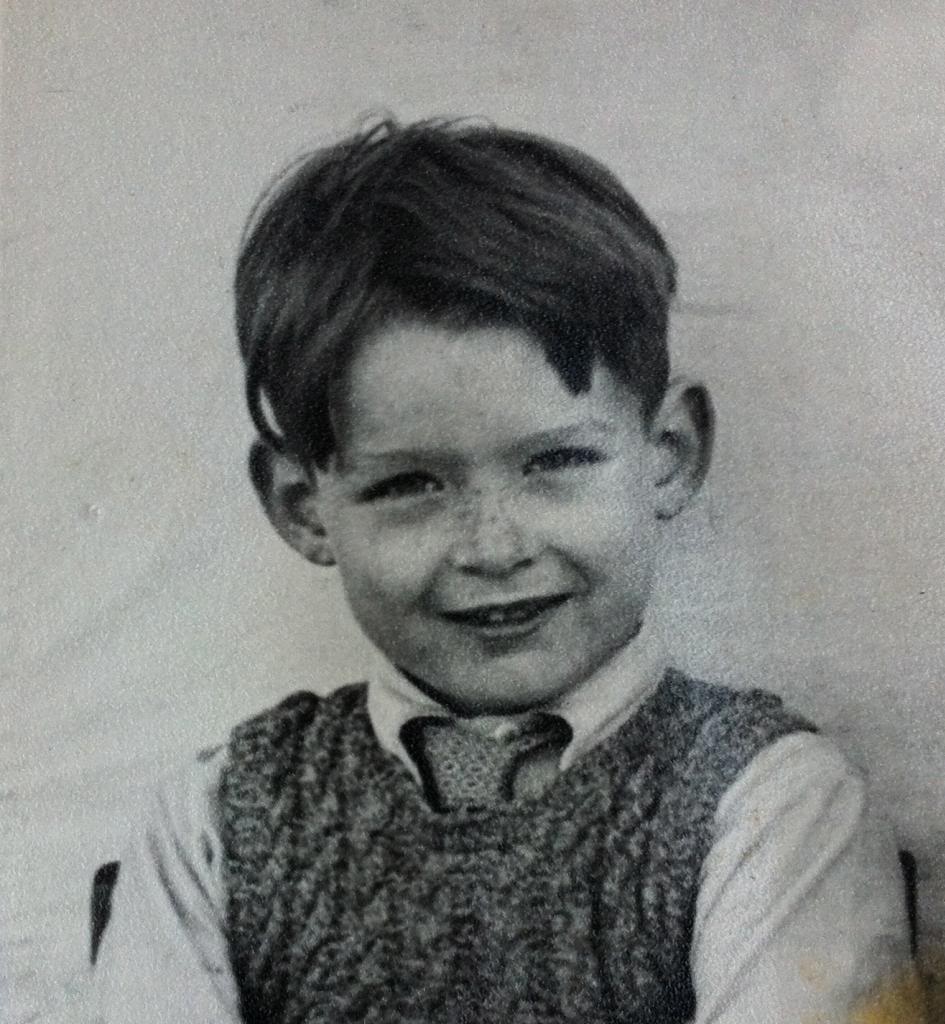 I ask you "Is that the face of a Prince of the Realm?" I think not; whereas the Chimney Sweep did look like a Chimney Sweep! (Mainly because his Dad used to sweep chimneys in his spare time; and I still reckon that Bo-Peep's Mum was overly friendly with one of the Judges!!)

You haven't changed a bit.