I have had a few calls to my mobile Lebara sim since taking it out, my other sim with O2 has never had any calls apart from text from O2 about offers.

A few weeks back I ordered something from Easylife. A few days later I got an advert type email from Easylife saying that I had over paid and could have free delivery if I did the following. It looked very legit with photos of personnel, addresses and phone numbers but did not ring true so I phoned Easylife, who confirmed it was not one of theirs.

I have had a repeat email and two ( very dodgy sounding) phone calls since then. I am peeved as someone has clearly sold on my data. Easylife have not, to my way of thinking, taken this seriously enough. I am giving them another day or two to come back with handsup to a mistake, before I report them to the Data Protection Commissioner.

I can’t help thinking that if Amazon had been i/c organising and running the Track and Trace system it might have been more efficient and effective than it is. I do hope the vaccination programme goes smoothly and the organisers don’t make a complete dog’s breakfast of it all.

You may get it tomorrow after all, I was very doubtful.

I think you will be proved right Paul.

It has arrived at Rochester.

P.S. Wonder if it will be dented beyond recognition?

That's the type I got from so called Royal Mail, it sure did look good until you see the email address it came from.

Thanks for posting it, let it be a warning to all.

Yes, thanks Paul. Always good to be forewarned.

The tin has arrived at Banbury, and should be here by 10pm.

The saga nears its conclusion!

I wonder where your Turkey delivery will start from

Askit wrote:I wonder where your Turkey delivery will start from

It arrived at lunchtime and the boss is well pleased with it.

Joking aside, and whatever one thinks of Amazon, it's pretty impressive that I can buy an item from Italy and have free delivery within 3 or 4 days (even though I didn't realise at the time that it was coming from Italy!)
How on earth are they able to offer free delivery?

I can't see how the delivery costs can be hidden in the purchase price, as it's a top class item and would cost the same from a cook shop here in the UK, if not a little more according to the boss! 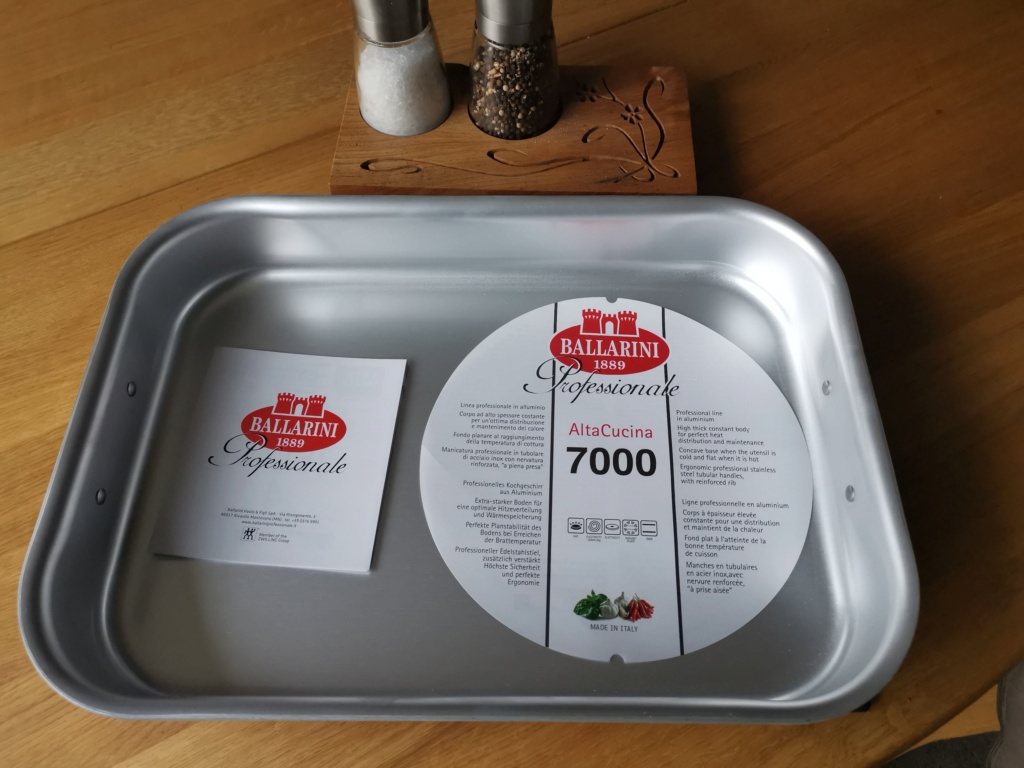 Yes off course we need to be aware of the scammers, they are everywhere but whatever you think about Amazon the service is superb. I know people hate large organisations but I think their  size is why they can afford to deliver stuff so cheaply or free of charge.

They ship thousands (probably millions) of parcels many using there own carriers so the cost per parcel is minimal.

Since the Covid thing I’ve developed a lifestyle that relies exclusively on internet shopping. Morrison's and Iceland for food and Amazon for everything else. Over the last year I’ve ordered every day or two and as a Prime member got free delivery on almost everything , even stuff costing only a pound or two. I haven't been to a physical shop since March!

I think we have to accept that shopping is moving away from physical shops to online sales. Things are changing just as the industrial revolution changed the way people lived in the late 1800s / early 1900s. We “oldies” can dig our heals in as much as we like but online sales are the future.

What worries me slightly is next year when we have left the EU, stuff from EU countries may come under “Amazon Global” as stuff from outside the EU does now, with corresponding delays and delivery / Customs charges.