I just had a request from a member for some information on the very useful occasional table I fitted to our vans. Plural, because it was fitted to the previous one as well.

The table itself came with the previous van, and is particularly useful as it is fitted with an offset boss. This adds greatly to the variety of positions it can be set to. I think the more recent vans now have a central boss, which is why I retained the old table and swapped it for the new one when we changed to the current van. 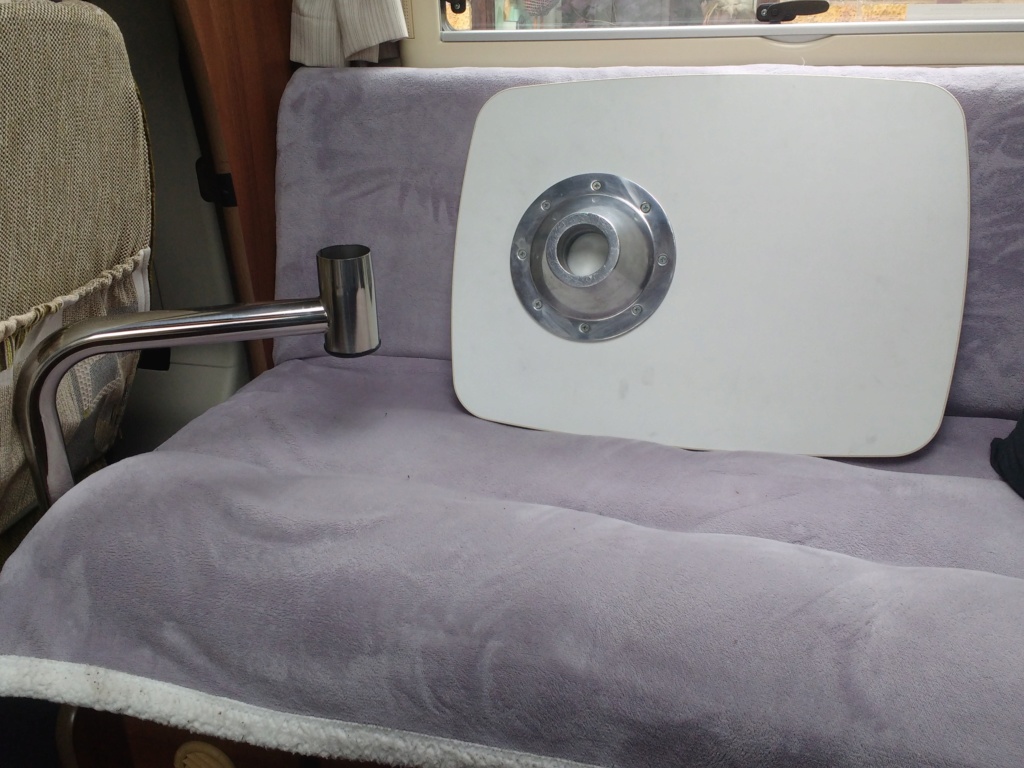 Fitting the leg was fiddly, but not difficult. I wanted it a bit taller so I inserted a length of wood which was turned to fit on the lathe, and glued in place. This would not be difficult to source if no lathe is available as any wood turner would do it for a bottle of wine, or the leg may not need raising for you.

I wasn't very impressed with the floor socket that came with the leg, and didn't want to sink it into the floor anyway. The solution was simply a bit of wood with a hole drilled to accept the supplied socket. This was then screwed to the floor as shown in the photo below, such that the vertical portion of the leg was (well) vertical. The clamp was attached to the front face of the underbed cupboard, as high as possible and fairly close to the aisle . . . before positioning the bottom socket as the latter is more readily adjusted to get the leg vertical. 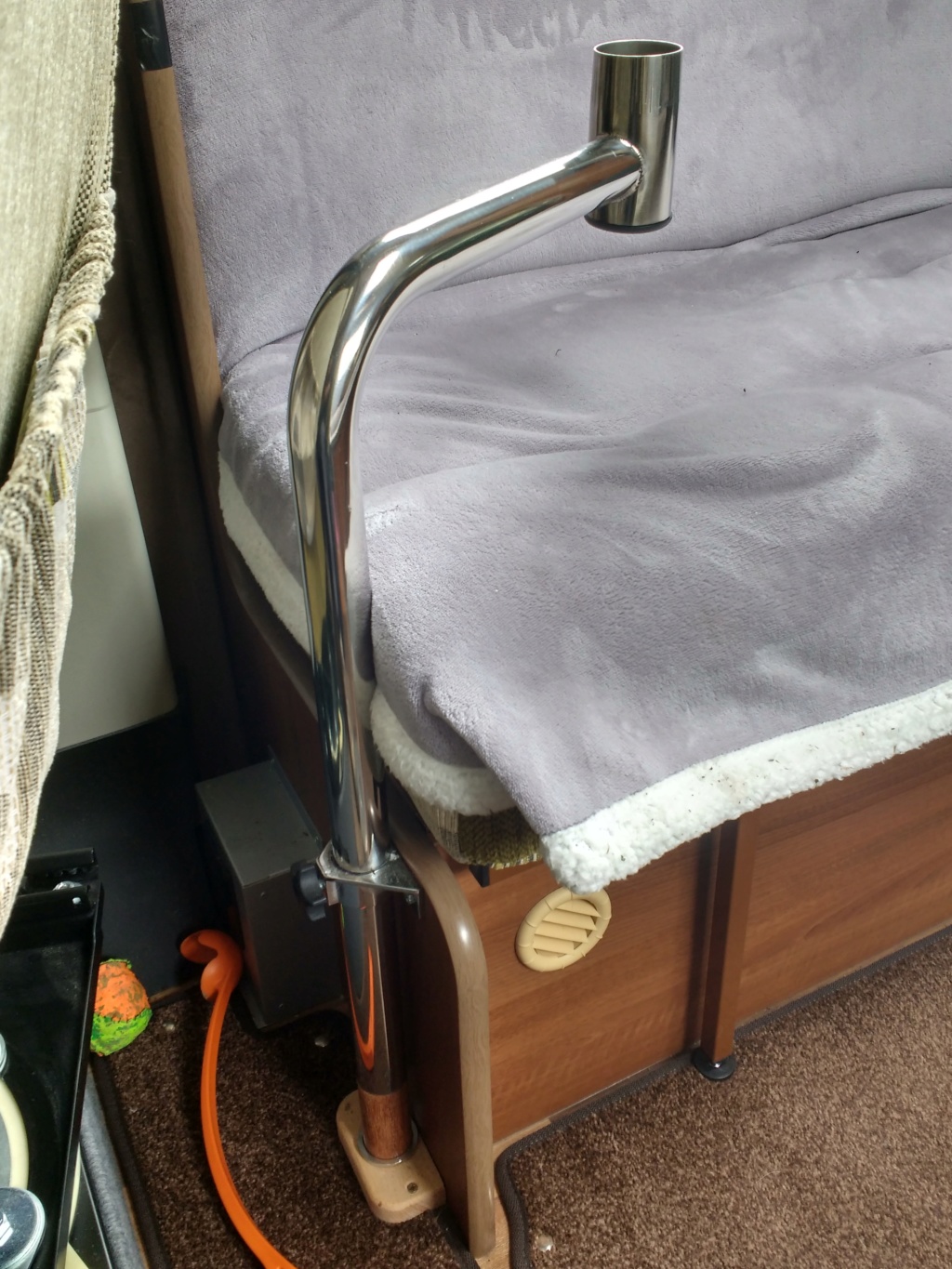 One big advantage when en route in France (or wherever) is that the table can be left set up behind the driver's seat, and is ready for instant use when a frites stall is located. It's just about big enough for two, and we find it so useful we rarely use anything else. I almost never need to remove the leg, so that's handy as well. 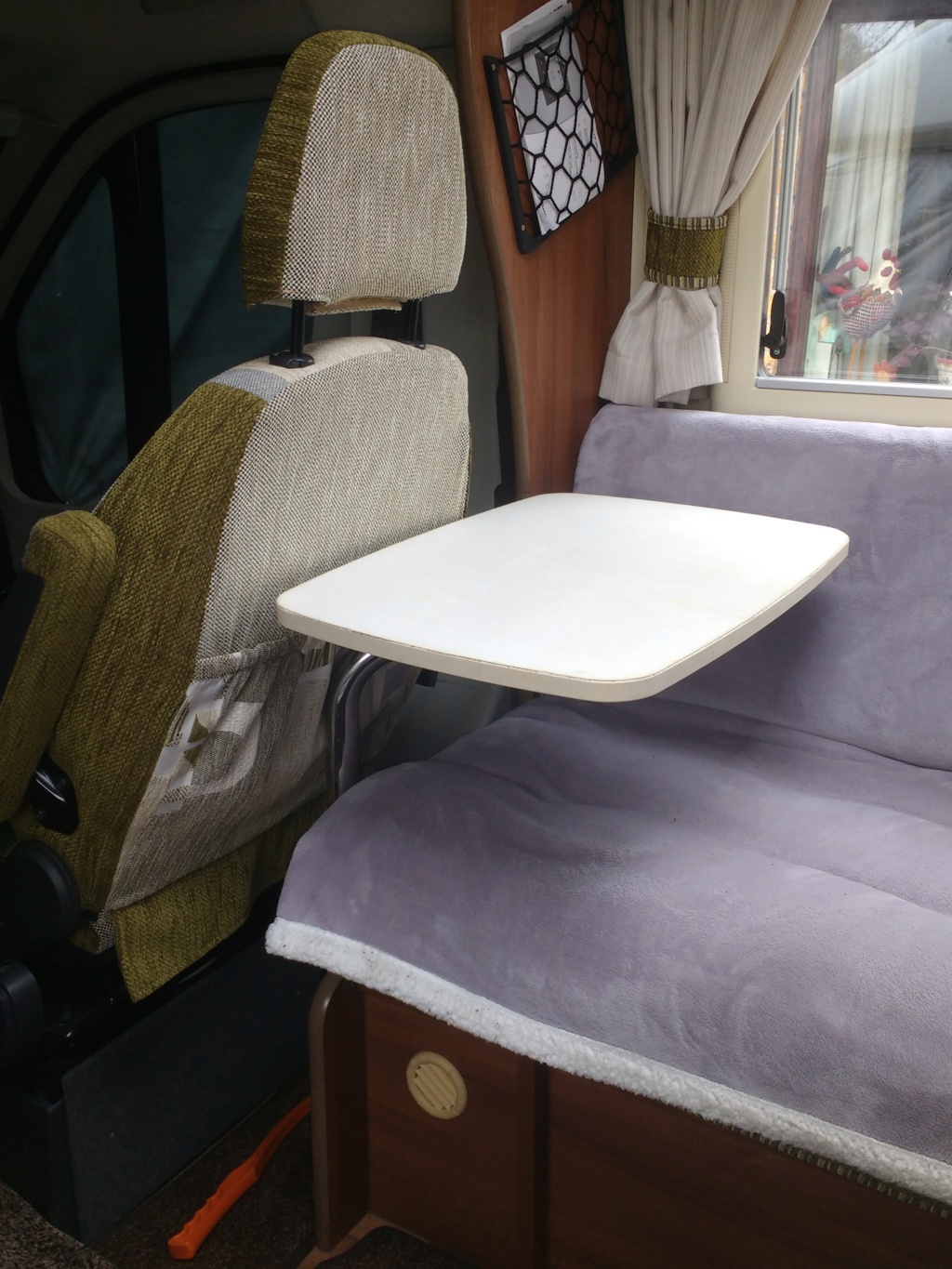 I don't have the part numbers to hand, but I would suggest using the more expensive (no surprise there then!) A/S parts as they are much better quality than the Fiamma or other alternative. Just ask for a swan necked table leg and floor socket. If you have a small table already it will fit, and the most firtling you may require is to move its boss to an offset position.

Beware.  Unless things have changed, the locating cones of the Fiamma and A/S legs and bosses are not interchangeable - the angles are slightly different so the table would wobble.

I think that's about it. Hope it's useful.