I have a factory-fit reversing camera on my PVC which transmits its picture to the Garmin sat nav.

It automatically comes on when reverse gear is selected.

It'd be really useful to be able to manually switch to the camera every now and then to check in on the scooter attached to the rear.

Anyone know where AS are likely to have tapped in to the reversing switch? Will they have just joined a wire near the rear light cluster, on the reversing bulb?

I was thinking I could detach that wire and either fit a switch (bit of a pain to run a wire to the dash though) or I thought I could wire it in to the rear side lights instead. So every time the lights are on, I could then manually flick the sat nav over to the camera screen (no real hardship).

Any thoughts, other than replacing it with something completely different? :)

Thought I'd take a peek today to see what I can see.

Turns out I can't see a thing, not worked out how to remove the rear lights on the offside yet

RogerThat wrote:
Anyone know where AS are likely to have tapped in to the reversing switch? Will they have just joined a wire near the rear light cluster, on the reversing bulb?

Is this any use to you https://www.autosleeper-ownersforum.com/t22138-reversing-camera-modification#187001

What ‘arrangement’ have you got for your scooter?

Would you believe, just four days ago I actually modded my camera!

Thankfully the camera was wired to the back of the near side rear light cluster.

I simply disconnected the camera from the reversing lights and soldered it to the side lights instead.

So now if I need to switch on my camera while driving, I simply turn on my head lights

Sorry Stew, to answer your question. I have a platform attached to the tow bar for my wife's mobility scooter which folds up flat when not in use. 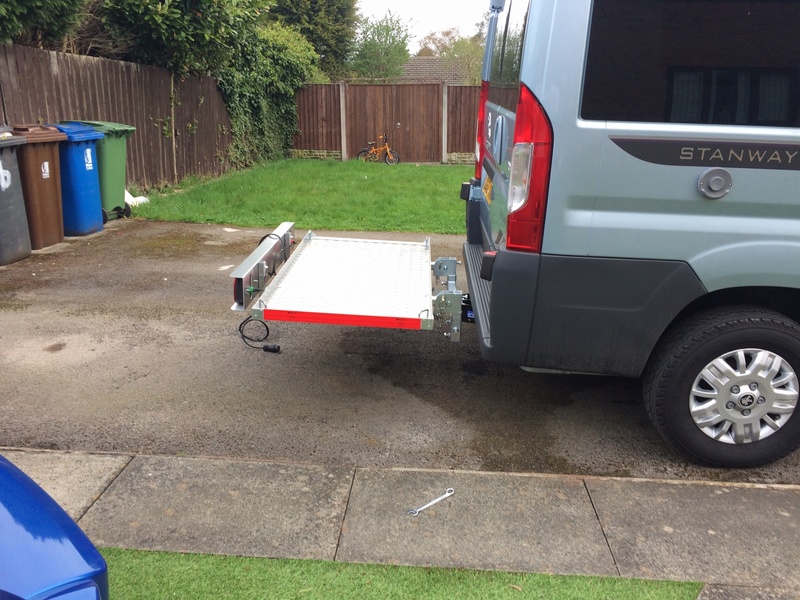 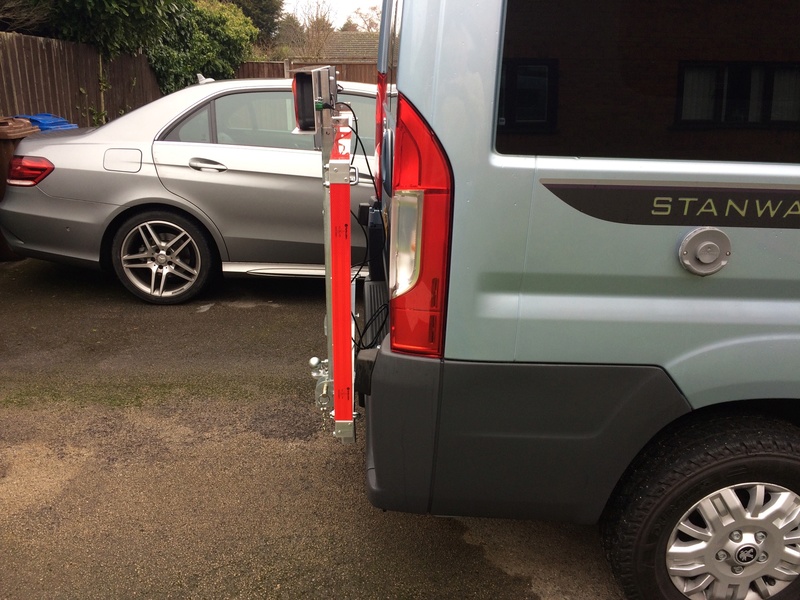 Or removes completely with a few bolts if not needed at all. 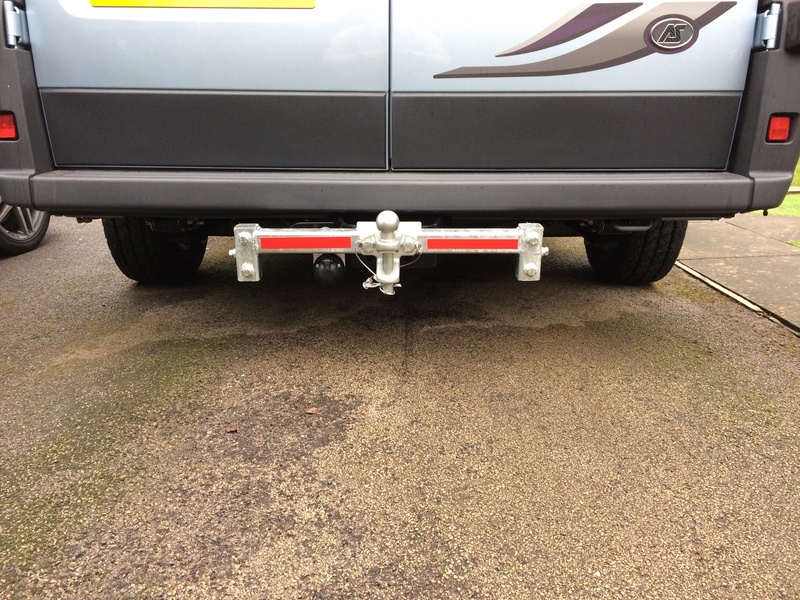 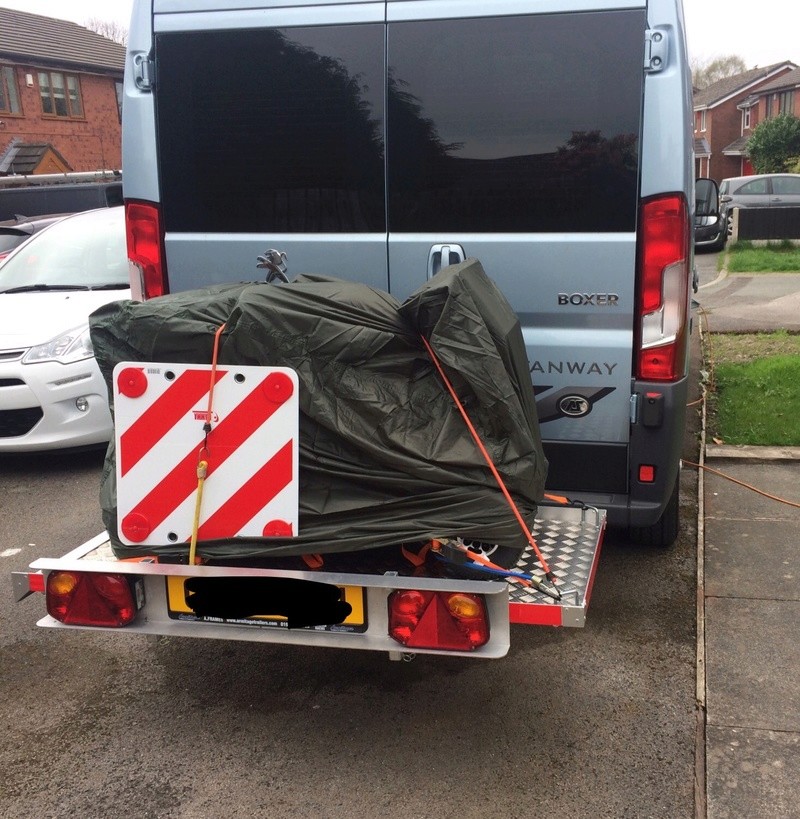 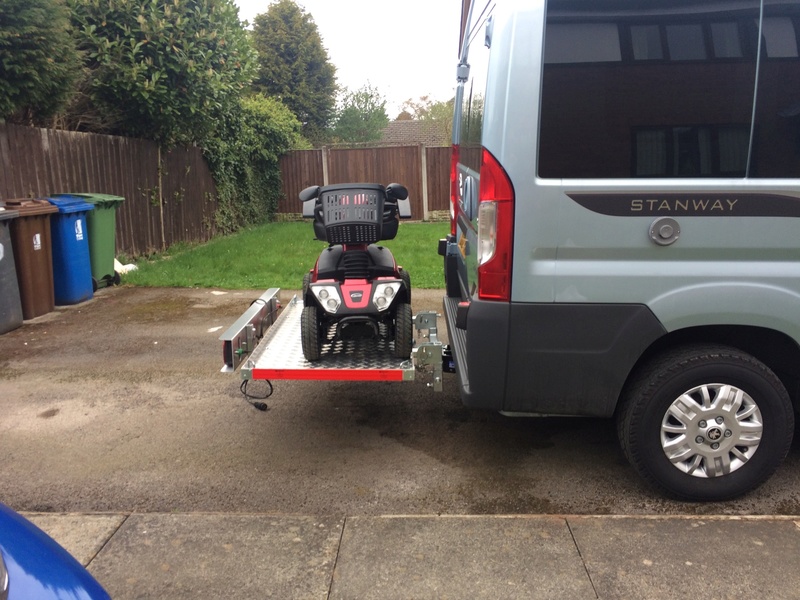 Sorry, gone slightly off topic there

I had my twin cameras fitted by AS , I specified that I didn`t want it linked to the reversing gear, as one camera is for the rear view, and if I want I could tap the screen to view the other camera view, if reversing, sometimes I keep the rear view one on as it highlights any obstacles' in the way that are higher up than the reversing one, if you can understand that,

I had the same set up on my Anniversary Clubman which a mobile engineer fitted for me, at considerable less labour charges. Mark at AS was unhappy about this,, said that is not the usual way,in fact he was peeved,

I wanted it to suit me not him, the 12volt  was taken from under the dash I believe,  set up this way sounds as though it would suit what you wanted it to do. I like having the choice of which camera I want to use. It works great this way. In the instructions it doesn`t say link it to the reversing lights.

My camera uses Bluetooth to transmit the picture to the sat nav screen, so my wiring changes had to be carried out at the rear of the van.

It's caught me out twice already though!

That's because it's now wired to the lights instead!

So I turned my headlights on, camera appeared instantly.

I must remember this on the future :)

am I being a bit dim.... what happens if you want to follow the satnav at night?

Pretty sure it's possible to select the reversing camera on the main menu of the garmin and see the image through the rear b/t camera.

Yes, it's just a button on the touch screen to switch between viewing the camera or the sat nav :)