I have just come home from town by bus, a journey involving around 20 stops. At each stop I was advised to "Hold on, the bus is about to move". Who on earth could have thought this a good idea?  "Nanny" or  is  it to avoid litigation, or somebody in head office with nothing better to do?
Following the predictable "overwhelming public approval" that will be reported, do we look forward to "Hold on the bus is stopping.......slowing down.....turning left.....turning right" ? The possibilities  are endless.

. As you say Bob, where will it all end 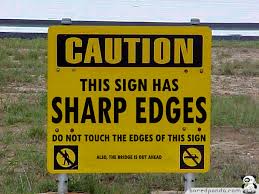 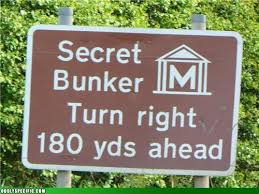 Based on my recent experiences with fellow passengers on public transport, more appropriate warning would be:
"This bus may contain nuts" !

I've also found that some drivers seem to delight in harsh braking, sending any standing passengers flying along the aisle.  I've learned to ring the bell then remain seated until the bus has come to a standstill, which gets back at the driver as he* then has longer stop dwell times to recover.

* This is not a sexist comment by the way - we have many female bus drivers but I have not yet found any who practice harsh braking. In fact I'd go so far as to say that, in general, lady bus drivers are considerably better than many of their male counterparts.

Take away coffee cups which have printed on them, "Beware, the contents of this cup may be hot!" 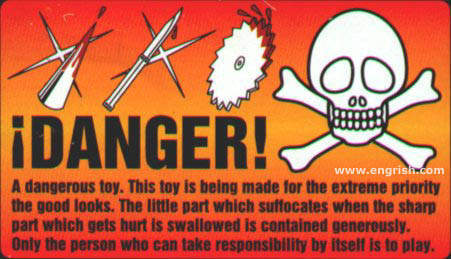 My 1st choice is still the Secret Bunker. Probably a different one to Chris, my one is Hack Green.  Dont know if its all maps but some are clearly marked on the maps

Although a bit incongruous  the Mistley Secret Bunker is now a Wartime Tourist Attraction.

It would somewhat fail in its new role if the site could not be found.

Some years ago I was shown round a redundant secret underground Radar Control room monitoring UK airspace for the MoD. Yes it was some miles away from its primary Radar Head and the entrance looked like an innocuous little bungalow.

However being in the middle of about a square mile of well mown and weed free grass, surrounded by a 12ft high fence with a perimeter road, no other similar buildings next to it and a fully manned gatehouse might just have been a giveaway that it was not just a bungalow.

When I first started work, to get into a certain radar equipment room required the following procedure:  The room was underground below a rotating aerial that was like a 20 times the size spring bed base. You stood at the perimeter till the end of the aerial passed, then ran to the middle and lay flat next to a trap door till the aerial passed over you.  You then flipped open the trap door and lay down again.  Next time it passed you jumped up, through the trap door an down a ladder.

When you got inside the switch that alternatively connected the transmitter and receiver to the aerial was a spark gap between open pairs of copper wires fixed to the ceiling.  You never had to switch the lights on as there was enough spare energy from the sparks to keep the fluorescents alight.

Sounds as though you were lucky to survive the experience. Did you go on a training course or was it merely an instruction booklet in 30 languages of which one was English?

A friend's son is a bus driver.  He recently had a fatality on his bus due to an elderly passenger falling badly when he was approaching her bus stop.

There was a police investigating and he was immediately suspended from driving.  During the investigation, his tacho showed he was only doing 10mph approaching the bus stop and was cleared of all blame.
_________________
Regards